How to Transfer Firearm Ownership After Death 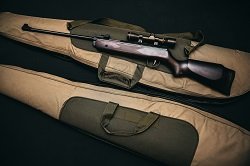 Question: My father died and owned a gun.  I was named as the executor on his Last Will and Testament.  What should I do with the gun?

Answer: When a gun owner dies, New York law states that the “person in charge of the decedent’s personal belongings” within fifteen days of the death of the gun owner must either: 1) lawfully dispose of the gun(s); or 2) turn the gun(s) over to the police.Failure to do so can result in criminal liability. Fifteen days is not a long time, especially when dealing with the death of a loved one.

Handling Firearms in a Decedent’s Estate

Each county in New York has their own specific rules on exactly what the procedure is to handle guns of a deceased person. Primarily, it is important to realize that the law does not make clear who is responsible for the guns after the death of a gun owner. The “person in charge of the decedent’s person belongings” can be anyone who resides at the home where the decedent stored his/her guns, the nominated executor of the decedent’s estate or anyone else who may have a claim to the decedent’s personal belongings. It appears that any or all of the people who fall into these categories could be subject to criminal liability if the guns are not properly handled.

Beneficiaries Designated by a Will

It is also important to note that a gun owner may designate a beneficiary in his or her Last Will and Testament to receive the gun(s) when the gun owner passes away. However, even if a decedent leaves the gun(s) to a specific beneficiary, the person in charge of the decedent’s personal belongings cannot simply give the gun to the beneficiary without potential criminal liability. The person in charge must: 1) have knowledge that the decedent legally owned a gun; 2) ascertain that the beneficiary of the gun(s) may legally own a gun; and 3) adhere to proper transfer procedures.

ALERT: NEVER REMOVE FIREARMS FROM THE HOME OF THE DECEDENT OR TRANSPORT GUNS IN YOUR VEHICLE WHEN TURNING GUNS OVER TO THE POLICE. CALL YOUR LOCAL POLICE DEPARTMENT AND ASK FOR AN OFFICER TO COME TO THE DECEDENT’S HOME TO INVENTORY AND COLLECT THE FIREARMS.