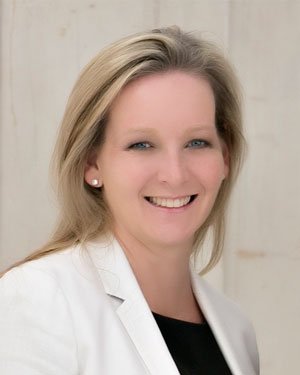 Robin Burner Daleo is an attorney at Burner Law Group‚ P.C. She first joined the firm in 2002 as a paralegal in the Medicaid and Estates departments. After earning her Juris Doctor in 2010‚ she was invited to join as an attorney.

Robin focuses her practice in the area of Elder Law‚ Estate Planning and Guardianship matters. She lectures frequently to the public in these areas. Robin is certified to serve as counsel‚ guardian and court evaluator in Supreme Court Guardianship matters pursuant to the Part 36 List. She is also an accredited attorney for the preparation‚ presentation and prosecution of claims for Veterans benefits before the Department of Veterans Affairs.

In 2019‚ for the sixth consecutive year‚ Minneapolis-based Law & Politics publishers of Super Lawyers magazines announced that Robin had been named as a Rising Star Attorney. Super Lawyers‚ published in the New York Times Magazine is a listing of outstanding lawyers from more than 70 practice areas who have attained a high degree of peer recognition and professional achievement in their respective fields. Each year‚ no more than 5 percent of the lawyers in the state receive this honor.

Robin currently serves as a board member on the Board of Directors for ALS Ride for Life‚ a volunteer patient-driven and patient-organized charity whose mission is to raise awareness of Amyotrophic Lateral Sclerosis‚ help researchers find a cure‚ support patients and families and provide them with the latest ALS related news‚ information and inspiration.

In 2016 Robin was named as an “Outstanding Woman in Law” by Hofstra University School of Law Center for Children Families and the Law and Long Island Business News. In 2018 she was given the Outstanding Young Alumni Award by Touro Law School.

Robin received her undergraduate degree from St. Joseph’s College where she graduated with Senior Honors. She received her Juris Doctor from Touro Law School‚ Magna Cum Laude. While attending Law School‚ Robin was awarded Best Brief and second place overall in the Intra-school Moot Court Bainbridge Competition. Robin was a member of the Moot Court Honors Board of Advocates where she served as Editor in Chief. As Editor in Chief Robin co-founded the Touro Student Colloquium and spearheaded a community service program which paired Moot Court and Law Review students with local high school students interested in a future in the legal field. At graduation‚ she was awarded the National Association of Woman Lawyer’s Outstanding Law Student Award and the Award for Exemplary Contribution to the Growth of the Law Center.

She is admitted to practice law in the State of New York. She lives in Westhampton Beach with her family.