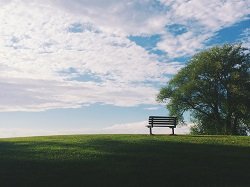 Question: My father is about to enter a nursing facility.  He may have to spenddown some of his money in order to qualify for Medicaid.  I was told that he could pre-pay his own funeral and he may be able to pay for his children’s funeral as well.  Is this true?

Answer:  Yes, a pre-need funeral trust allows an applicant for Medicaid to set aside money to fully fund the funeral services of their choice before their funds are exhausted down to necessary eligibility levels.  Chronic Medicaid is a program that will pay for all or part of a Nursing Home.  In order to be financially eligible for Chronic Medicaid, the applicant can have no more than $15,450.00 in liquid non-qualified assets, an unlimited amount of retirement assets so long as the applicant is taking a monthly required distribution and an irrevocable pre-paid funeral trust.

If the applicant exceeds $15,450.00 in liquid assets, there are certain planning mechanisms that can be used in order to qualify the applicant for Chronic Medicaid benefits.  One of those mechanisms is establishing an irrevocable pre-need funeral.  New York State Law mandates that pre-need burial trusts for applicants or recipients of Medicaid be irrevocable.  This means that the prearrangement may not be canceled prior to death nor can funds be refunded if the actual funeral costs are less than then funded agreement.  Thereby, an individual with a revocable agreement would have to convert it to an irrevocable agreement if they were to require Medicaid in the future.

The Medicaid applicant is also permitted to set up pre-needs for a spouse, minor and adult children, stepchildren, brothers, sisters, parents and the spouses of these persons.  The funeral arrangements for family members should be purchased prior to a bill accruing at the nursing facility.  In contrast, the funeral arrangement for the Medicaid applicant can be purchased later and still apply as a spenddown from the date the bill started at the nursing facility.

When a loved one goes to a nursing facility, it is always worth consulting an Elder Law expert in your area to ensure the assets are used in the most effective way possible and preserved to the greatest extent.