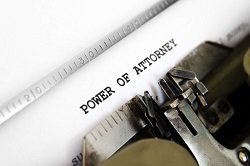 Question: Two years ago my sister used a Power of Attorney given to her by my mother to withdraw $100,000 from my mother’s bank account. She transferred the money to herself. My mother passed away last week. My sister says my mother wanted her to have the money and refuses to share it with all of my mother’s children. My mother had a will that gave her assets to all of us in equal shares. Can my sister get away with this?

Regardless if it is determined that a Statutory Gifts Rider was in place and that your sister had the power to gift to herself, your sister’s transfer of $100,000 to herself may be improper. The authority under a Statutory Gifts Rider must be exercised pursuant to the principal’s (your mother’s) instructions or otherwise for purposed which the agent reasonably deems to be the in principal’s best interest. This “best interest” standard is evidently a subjective determination for a court to make.

Your sister owed a fiduciary responsibility to you mother and her actions will be reviewed by the Surrogate’s Court. In New York, there is the presumption that gifts made by an agent to themselves were not in the best interests of the principal. Therefore, the burden to prove otherwise is placed on the agent. If it is suspected that your sister made gifts that were improperly motivated, a court will typically inquire into many factual issues. The factors that may be considered include: if your mother was incapacitated at the time of the transfer; the nature of the principal/agent relationship; whether the principal was subject to the control of the agent; who benefited from the alleged abuse of power; and whether the agent’s financial transactions differed from those made by the principal.  Another major factor is what your mother’s wishes were with respect to her heirs.  You have a strong case because your mother’s Last Will & Testament demonstrates an intent to treat all of her children equally.

In New York, you can file court proceedings to seek turnover of assets that may have been improperly disbursed. These proceedings are designed to bring such assets back into the estate of the decedent. New York courts have found that gifting is in best interests of the principal when it includes the minimization of income, estate, inheritance, generation-skipping transfer or gift taxes. The law has also been determined that granting the authority to gift should not supplant the wishes delineated in the principal’s Last Will and Testament. Read more about elder law and estate planning here.