Things that Make You Go Hmmm 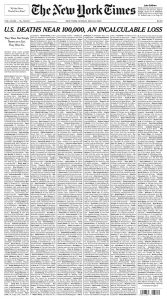 Did you ever meet someone for the first time and think immediately “These are my people.” That’s how I felt the day I met Leo and Mickey. They were clients -but so much more.  We became fast friends, in spite of our thirty-five-year age difference.  They came to my house for family celebrations.  Leo would bring his accordion and play the piano: we sang, we drank, and we laughed.  While Leo was small in stature (just over 5 feet) he was a giant among men- and women.  Mickey was no slouch either, she was spry and smart and stood her own ground.  When they came for dinner, it was festive indeed, but my favorite times were weekend brunchesnat their house, just the three of us.  I had them all to myself.

Leo made his famous waffles, there was fresh fruit, a little homemade wine, some gefilte fish and a myriad of other delicacies.  A feast for friends, but the real feast was the robust debate, rich exchange of ideas, expressions of human compassion and the unconditional love they showed to me.  They bickered, only like couples who had been married for many years could.  Leo started to tell a story and Mickey invariably interrupted to tell her version- Leo threw his hands up in the air with mock exasperation.  When I was making plans for a family trip to Italy, they gave me their tour books and helped me plan every detail, recalling with enthusiasm, their own experiences.  We discussed world history and current affairs.  They shared their stories of life in academia, travels around the world, and great reads.  Mickey bragged of Leo’s achievements, like his research in dry mouth syndrome, and he, in his unfeigned humility, retorted:  “I’m a spit doctor!”    I loved them as if they were my own family, but very much aware that our shared time together was limited.  I knew I was amongst exceptional people, not because they acted that way, but because of the way they made me feel.  In 2006, they told me “it was time.”  Although they loved the Three Village area and enjoyed a wide circle of friends, Seattle was their home and their family.

As things happen, friends come and go, sometimes you outgrow them or they outgrow you, but sometimes the circumstances change, and the distance is just too big to bridge the gap.  As promised, they came back for a few years in a row, but, regrettably, I never made good on my promise to fly west.  At the annual visit, we enjoyed dinner, we laughed and told and retold our stories, and caught up with news about our family members.  Their last trip together, turned out to be Mickey’s last.  After a wonderful dinner, Mickey fell ill the next day and died a few days later.  Leo returned to New York only once or twice.  We exchanged a few cards and letters.  He sent me books from time to time.  Gradually the cards and letters stopped, the distance between us and life got in the way.

Sunday, I learned Leo Sreebny died.  He is counted as one of the more than 100,000 lives lost in the United States to coronavirus, chronicled in the NY Times obituaries.

I have a new housemate- Kirk- who came with my adult children to escape the city during the coronavirus.  Kirk told me that he wanted to start a podcast titled: “Things that make you go HMMMMM.”  This story may qualify.

On Sunday morning, prior to learning of Leo’s death, I took my morning walk, listening to Yes to Life: In Spite of Everything, a new book based upon a series of public lectures by Viktor E. Frankl given within months after he was liberated from the Nazi concentration camps.  Frankl was a world-renowned neurologist and psychotherapist who was widely known for what he called “logotherapy,” which treats psychological problems by helping the patient find meaning and purpose in their lives.

Having woken up Sunday morning to the news of the protests and riots erupting around the country in protest to the sad and senseless death of George Floyd, I couldn’t seem to shake a profound sense of dread and loss.  My unease was exacerbated by the realization that we were in the third month of quarantine and preparing for a re-opening that would test our mettle and resilience.  The country was suffering from an unprecedented health crisis and the concomitant economic fallout that resulted in loss of jobs, savings and financial security.  The pandemic was devastating on a global scale, affecting every continent on the planet.  It felt like the world was ricocheting out of control and I was just a tiny speck on an enormous spinning globe with no safe space to hold onto and no way to save myself.

What could one person, one individual do to stem the tide? Maybe Frankl, who witnessed and survived the unimaginable tragedies of the camps, could answer my question of what it means to be human in the wake of all this chaos and unrest.

Frankl delivered.  While the world seems too big to manage and we as individuals so unimportant and our individual efforts so minuscule, it is no wonder we feel helpless and unable to control our own destiny.  Individual plans, hopes and dreams have been short changed and upended.  The long-held beliefs about our safety and our expectations of how the world works have been turned upside down.

He states, “Fate is what happens to us beyond our control.  But we each are responsible for how we relate to those events.”   Furthermore, Frankl makes the case that individual effort does in fact matter and that each individual has a decision to make.  He gives the example of the SS officer who uses his own money to buy medicines for his detainees in the camp while the senior camp warden, himself a prisoner, gives up his identity and joins the masses, treating his fellow prisoners with harshness and cruelty that mirrors the Nazis.

Frankl says that when everything we believe in falls away -money, power, fame, health, happiness, relationships, vanity, ambition-when all of that is gone and everything is reduced to bare existence, there is still a decision to make on a human level.  As human beings, we can each decide to become part of the nameless mass, which seeks to denigrate and treat others as “no one” as nameless and expendable OR we have the power to exercise our own individual humanity.

Frankl retells an ancient myth (one that I never heard before) that tells us that the world only needs 36 truly just people to be present in it at all times which “guarantees the continuing moral existence of the whole world.”  Think about that…in all of humanity, across the entire globe, 36 individuals have the power to save the world.

The 36 righteous people act with their greatest instincts and serve as role model to others.  But he cautions that these individuals are not pedagogues, in fact if recognized or unmasked, they disappear instantly.  It is in their anonymity and their humility that they serve the world.  36 people, just 36 people.

This myth gave me solace and offered me the little bit of hope I was searching for that morning.  It changed my narrative and my belief that I was only one helpless individual, powerless to change the world to the belief that what I do and what you do as individuals truly does matter.  We can make a difference.  Instead of fretting about what life has to offer you or me in the face of this destruction, the real question is what role can we each play to fulfill our individual roles in this lifetime.  We change ourselves from “bystander” to “changemaker” by deciding to exercise our own free will.  Frankl states the critical ingredient is the existence of role models.  36 righteous humble people can change the world!

Those 36 people righteous people can serve the world by exemplifying what is good in humanity.  Without seeking self-aggrandizement, fame, notoriety or personal gain, financial or otherwise, these just people can reach an exponential number of others.  We need ordinary humble people who in the worst of circumstances, choose the high road, lifting us up by example and lighting the way for each and every one of us to keep our best selves in our minds eye and walk steadily towards that best version of ourselves.

I returned from my walk and learned of Leo’s death.  I immediately went to the NY Times article that so accurately described his accomplishments, his humility despite his successes, his love of people and of life.  At the end, the article quoted Leo’s son Daniel.  I was taken aback:

“There is a tradition in Jewish storytelling about 36 righteous men “for whose sake the world survives.”  “My wife still believes that my father is one of them. Or was one of them…the special people that keep the world going.”

As Kirk would say:  HMMMMM?