How a Legal Guardian Can Help Prevent Elder Abuse 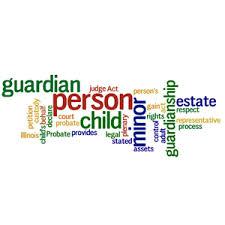 Question: I have an elderly aunt.  I’m embarrassed to say that I only visit once every few months.  I recently learned that she has a caretaker that has moved into her house and, I suspect, taking money from my aunt. When I asked my aunt about it she got angry.  What can I do to protect her?

Answer:  Your aunt may very well be the victim of elder abuse.  It sounds as if she has become vulnerable because of her inability to take care of  her own needs. The caretaker who was supposed to be helping her may be harming her.  Unfortunately, it is often someone close to the elderly person who takes advantage.

It is likely that you will have to commence a guardianship proceeding in the County where your aunt lives.  Your attorney would have to prepare a petition that explains your aunt’s weaknesses, the caretaker’s actions,  the ways in which you believe these actions are causing harm to your aunt, and establish that she is likely to suffer further harm if a guardian is not appointed.  If your petition contains enough factual information to raise the suspicions of the court, then a court evaluator will be appointed and a hearing date will be set within 28 days.  The court evaluator is an individual, often an attorney, who is appointed to do an investigation;  often referred to as the “eyes and ears of the Court.”  While the Judge makes the final determination, the report of the court evaluator informs the Judge of the circumstances.  These observations along with the information that you and other witnesses provide will be the evidence upon which the court will make a determination.

The powers granted to the guardian are limited to those that are absolutely necessary for your aunt’s well-being.  The idea of the guardianship is not to take away functions and responsibilities from your aunt that she can properly handle on her own, but to appoint someone to assist her with the things she cannot do and protect her from being a victim of undue influence of an un-monitored caretaker.

You should consult with an attorney experienced in guardianship as a first step if you do believe that the caretaker is taking advantage of your aunt.  The attorney can outline for you the risks and possible outcomes of bringing such a proceeding.