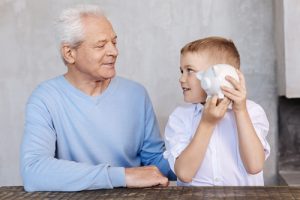 Gifting and Medicaid planning is commonly misunderstood.  We often see clients who believe that the gifting rules for Medicaid are the same as the IRS gifting regulations.  The IRS allows a person to give up to $15,000.00 per person annually without penalty.  Under the Code, all gifts made in any given year are subject to a gift tax.  However, the first $15,000.00 gifted to each individual in any given year is exempted from the gift tax, and for that reason, for many individuals, gifting during lifetime is a way to distribute wealth and reduce their taxable estate at death.  Medicaid gifting has different rules.

Oftentimes, seniors and their children believe that this same exemption holds true for Medicaid eligibility, and that gifting this amount of money away annually will not affect them should they need to apply for Medicaid benefits in the future. Medicaid requires that all Medicaid applicants account for all gifts and transfers made in the five years prior to applying for Institutional Medicaid.  These gifts are totaled, and for each approximately $13,407.00 that was gifted, one month of Medicaid ineligibility is imposed.  It is also important to note that the ineligibility begins to run on the day that the applicant enters the nursing home rather than on the day that the gift was made.

For example, if someone has approximately $180,000.00 in his or her name and gift annually $15,000.00 to each of their four children, the $180,000.00 would be gone in approximately three (3) years.  Under the IRS code, no gift tax return would need to be filed and no tax would be owed.  If at the end of those three years the individual then needed Medicaid, those gifts would be considered transfers “not for value” and would have made him or her ineligible for Medicaid benefits for approximately thirteen (13) months. In other words, the individual would need to privately pay for the nursing home care for the first thirteen months before Medicaid would kick in and contribute to the cost of care. The amount the individual would pay on a monthly basis would depend on the private monthly cost of care at the nursing facility.  If the nursing facility cost $17,000.00 per month, the individual would need to pay that amount for thirteen months totaling approximately $220,000.00.  What makes this even more difficult for some families is that an inability to give the money back or help mom or dad pay for her or his care is not taken into consideration, causing many families great hardship.

This comes up frequently in cases where we rely on Spousal Refusal.  Spousal Refusal is a planning technique where the spouse that is going into an institution transfers all of his or her assets to the community spouse. There is no penalty assessed for transfers between spouses. This can immediately qualify the institutionalize spouse for Chronic Medicaid benefits to pay for the nursing facility.  It is important to realize this does not exempt the 5 year lookback. If either the institutionalized spouse or the community spouse gifted money away in the 5 years immediately prior to the Chronic Medicaid application, there will still be a transfer penalty.

Your Attorney Can Help With Medicaid Planning and Strategy

It is important for families who have done this type of gifting to know that there are still options available to them. An Elder Law attorney who concentrates their practice in Medicaid and Estate planning can help you to optimize your chances of qualifying for Medicaid while still preserving the greatest amount of assets.