How to Leave Assets to a Spouse with Alzheimer’s Disease 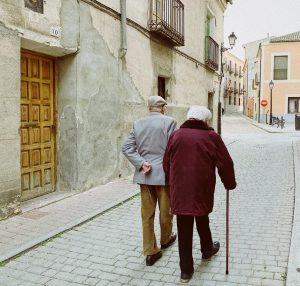 More than five million seniors in the United States have been diagnosed with Alzheimer’s disease. Caretaker spouses agonize over what will happen if they were to pass away leaving their husband or wife without someone to care for them. The reality is that in many cases, seniors with Alzheimer’s need a high level of care that can only be provided in a nursing home. Knowing this, spouses feel that they have to decide between leaving a lifetime of savings to pay for such care instead of passing it on to children and grandchildren as planned.

Chronic Medicaid will cover the cost of care if the surviving spouse requires care in a nursing facility. However, if a comprehensive elder law estate plan is not put into place, then not only will there be uncertainty and scrambling in the wake of the well spouse’s death, but assets will be wasted.

Simply disinheriting a spouse is not only distasteful to many, but it will not serve to protect the estate. The Department of Social Services (DSS) will conduct a five-year lookback to determine eligibility. During the examination, the DSS will inquire whether the applicant received his or her “elective share” from a spouse’s estate at the time of death. An elective share ensures that surviving spouses in New York receive the first $50,000.00 or one-third of an estate, whichever is greater. If no elective share was taken, the DSS will issue a dollar for dollar penalty which will delay Chronic Medicaid benefits.

For example, if someone passes away with $300,000.00, the surviving spouse is entitled to $100,000.00 even though the Last Will & Testament excluded him or her. If the elective share of $100,000.00 is not paid to the surviving spouse, the DSS will issue a one-month penalty for every $13,407 transferred (regional rate for LI) – amounting to approximately seven and a half (7.5) months. In other words, Medicaid will not pay for the first seven and a half months of care in the nursing facility.

A comprehensive plan of care must be put in place when a spouse is first diagnosed with Alzheimer’s. Such a plan will always include providing adequate medical care and supervision, as well as drafting legal documents such as a healthcare proxy and durable power of attorney -before the disease progresses. Much will depend on available resources – not only monetary assets but also the amount of time family members and friends have to devote to care. An experienced elder law attorney can provide valuable advice at any stage.