Inherited IRA’s are Not Protected in Bankruptcy 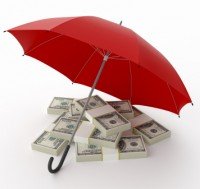 Question: I heard that the United States Supreme Court recently issued a decision that inherited IRA’s are not protected from creditors in bankruptcy; can you explain this to me?

Answer: The United States Supreme Court’s decision in Clark v. Rameker was issued on June 12, 2014. The essence of the decision is that once an IRA is inherited, it is no longer considered a retirement asset and it is not shielded from creditors in bankruptcy.

The Court felt that if an individual is allowed to keep an inherited IRA out of the bankruptcy estate, nothing about the inherited IRA would prevent or discourage the individual from using the entire account on a vacation home or sports car immediately after the bankruptcy is finalized. Allowing that kind of exemption would convert the Bankruptcy Code’s purposes of preserving debtors’ ability to meet their basic needs and giving them a “fresh start,” into a “free pass.”

The Court’s decision has important ramifications for spouses. A spouse who is the beneficiary of a predeceased spouse’s IRA has an option not available to other inheritors. The surviving spouse can perform a “spousal rollover” and transfer the assets into their own traditional IRA and postpone distributions from that IRA until age 70½. Like other IRA owners that surviving spouse may have to pay a 10% tax penalty if they take money before age 59½.

If the spouse does not perform a spousal rollover of the IRA, the account is considered an inherited IRA. The surviving spouse would not have to take any money out until the predeceased spouse would have turned 70½. However, pursuant to today’s Supreme Court decision the assets in that inherited IRA would not be protected if at some later date the surviving spouse declared bankruptcy. The result is that surviving spouses now have one more reason, besides for the income tax benefits, to do a spousal rollover.

The decision in Clark v. Rameker answers a question about Bankruptcy law regarding retirement assets that has been unclear for quite some time. While people with inherited IRA’s may not find it favorable in their situation, at least the law is now clear on the issue and surviving spouses still have a way to gain protection.