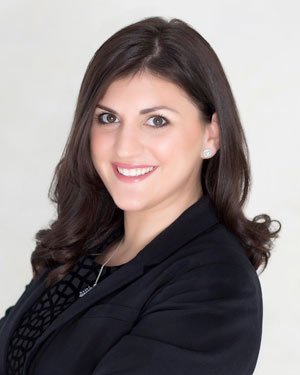 Kimberly Trueman is an attorney at Burner Law Group, P.C. She joined the firm in January 2012 as a legal intern while she was still in law school. After graduating and taking the bar exam, she was invited to join the firm.

Kimberly received her Bachelor’s degree in Hispanic Literature and Language from Stony Brook University in 2009 where she graduated summa cum laude, Phi Beta Kappa and was the valedictorian of her department. She then received her Juris Doctor from Hofstra University, School of Law in 2012. While attending law school, Kimberly was the recipient of the Honors Scholarship for academic excellence as well as the Linda Carmody-Roberts Scholarship for her commitment to pursuing a career in the Trust & Estates and Elder Law fields. Due to her excellence in dispute resolution and family law, Kimberly was invited to join Hofstra’s Mediation Clinic where she became a certified mediator and was awarded the Sari M. Friedman Endowed Scholarship award for excellence in family law.

In 2020, for the fourth consecutive year, Minneapolis-based Law & Politics publishers of Super Lawyers magazines announced that Kim had been named as a Rising Star Attorney. Super Lawyers, published in the New York Times Magazine is a listing of outstanding lawyers from more than 70 practice areas who have attained a high degree of peer recognition and professional achievement in their respective fields. Each year, no more than 5 percent of the lawyers in the state receive this honor.

Additionally in 2020, Kimberly was named as an “Outstanding Woman in Law" by Hofstra University School of Law Center for Children Families and the Law and Long Island Business News.

Kimberly is a member of the New York State Bar Association Elder Law and Special Needs Planning section, the Trusts and Estates section and the Suffolk County Bar Association. She is licensed to practice law in New York State. Kimberly lives in Stony Brook with her husband, daughter, dog and three cats.