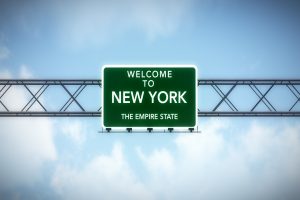 At long last, it’s here: New York State has amended the laws governing Powers of Attorney (POAs) in our state and the new statute will be in effect after June 13, 2021. This is big news for attorneys, especially those practicing in the areas of estate planning and real estate, and the clients they serve.

On Dec. 15, 2020, Gov. Andrew Cuomo signed a bill into law that amended the New York State General Obligations Law as it relates to powers of attorney. A POA is a document by which an individual grants authority to another to engage in certain financial and business transactions on their behalf. The one granting authority is termed “Principal” and the person they are authorizing to act is the “Agent.”

Power of attorney documents are often signed so an Agent can act in place and stead of the Principal for a single transaction, such as closing on the sale or purchase of real estate. However, POAs are also an important tool in long-term planning so the Agent can be empowered in case the Principal begins to lose the mental or physical capacity to handle their own affairs. In that case, the Agent should be given the specific powers to handle banking transactions, retirement account transactions, sign contracts on behalf of an individual, and the list goes on.

Revisions to the POA Documents

The recent change in this law is the first since 2010 and has long been the subject of advocacy and conversation. The previous POA overhaul required for the first time that a Principal intending to give the authority to “gift” or transfer assets out of their name sign a separate rider giving the Agent those powers. This was called a statutory gift rider. The most visible change in the 2021 enactment will be the elimination of this rider. While it will still be necessary to list out the specific powers being granted relating to gifting, it will no longer be in a separate document but rather, will be incorporated into the POA document itself.

Another big difference will be the requirement that the Principal’s signature be witnessed by a notary and two witnesses (one of whom can be the same individual serving as the notary). The witness requirement existed with the 2010 law, but only for Principals conferring gifting authority. Take, for example, the real estate attorney who has their client sign a POA allowing the lawyer to act and sign on their behalf at a closing. This person will now need to find a notary and an additional witness rather than just needing the one notary. This may seem like an onerous process to many but the second witness was put in the statute to give extra protection to a Principal who may be the subject of elder abuse or undue influence.

The mental capacity of a Principal signing the document is of the utmost concern to legislators, the governor and attorneys alike. In addition to the concern during drafting for those who may lack mental capacity was the issue of those who do not have the physical ability to sign for themselves. Take an individual who is sharp as a tack mentally but cannot hold a pen or sign their name due to a physical disability. The new law has a solution! A person with mental capacity who does not have physical ability to sign can direct another to sign on their behalf. As an example, I have a client with Parkinson’s Disease who has lost the use of her hands. Once the new law takes effect, she will be able to direct someone to sign the document for her. There is a specific procedure that must be followed for this to be valid and the signer cannot be the Agent named in the document, the witness or the notary. This will save my client from being subjected to a guardianship proceeding because of her physical disability, a huge boon for her and others in the physically disabled community.

For anyone who has already seen an attorney and completed their estate planning, the question becomes: Do I need to sign a new POA after June 13, 2021? The answer will be different for each person. Any POA that was valid at the time it was executed will remain in effect, but if the document is outdated or does not include all the powers that may be necessary one day, it may be prudent to sign a new one. However, a change in law such as this is the perfect reminder to make an appointment with an estate planning attorney to have your entire plan reviewed, including your POA.