“Per Stirpes” vs “Per Capita” Estate Distributions 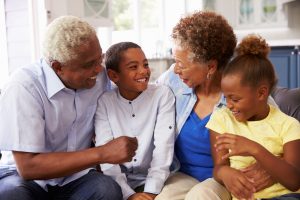 Wills and revocable trusts often refer to the terms “per stirpes” and “per capita”. When you create a last will and testament, or a revocable trust, you choose specific beneficiaries to inherit your estate at your death. But what if the predecease you? These Latin terms set forth different ways your property is to be distributed when a beneficiary dies before you.

In a per stirpes distribution, beneficiaries with the closest linear relation to you inherit an equal share of your estate when you pass away. For example, assume you have three children– John, Kevin, and Mary – and you have a will that states:

“I leave my entire estate to my descendants, per stirpes.”

If all three children survive you, they each inherit 1/3 of your estate. But let’s assume one of your children, John, dies before you. In such a scenario, John’s descendants (John’s children) will split the 1/3 of your estate that would have gone to John if he had survived you. If John has no descendants, then Kevin and Mary would inherit John’s 1/3 of your estate, in addition to their own 1/3 shares. The idea is that your grandchildren would have inherited their parent’s share one day so it is fair to apportion your deceased child’s share to them.

In contrast, a per capita distribution is only divided among surviving beneficiaries in the same generation. A deceased beneficiary’s children do not receive their portion unless they are specifically designated as beneficiaries or there are no surviving members of the class. As an example, assume again that you have three children – John, Kevin, and Mary – and you have a will that states:

“I leave my entire estate to my descendants, per capita.”

If all three children survive you, they each inherit 1/3 of your estate. However, let’s assume again that John predeceases you. In a per capita distribution, only the two surviving children – Kevin and Mary – share the estate, each receiving half. Even if John has descendants (your grandchildren), they do not inherit his share.

Under a per capita distribution, if all three children predecease you, then the grandchildren would each inherit an equal part. If John had five children, Kevin had two and Mary had one child – each grandchild would each inherit 1/8 of the entire estate. With per stirpes, grandchildren inherit their parent’s share. This means John’s five children would split his 1/3 share. Mary’s child would get a full 1/3 to herself.

In New York State, the default distribution is by representation. Yes, this is yet a third distribution option that lies between per stirpes and per capita. It works much like per stirpes, but differs significantly under some circumstances. Continuing with our example, if John predeceased you then Kevin and Mary would get 1/3 each and John’s children would split his share. But if John and Mary passed away, Kevin would get 1/3 and John and Mary’s children would split the 2/3 equally between them, each getting 1/9.

There is no “correct” distribution plan. Using a per stirpes distribution simplifies your estate plan if you are comfortable with your beneficiaries’ descendants inheriting. While a per capita distribution gives you greater control, you may have to amend your estate plan more frequently to provide for new children born into a family or after a beneficiary’s death. If you have a taxable estate, you also must be mindful of not triggering the generation skipping transfer tax. To ensure that your wishes are truly honored, it is critical to speak with an experienced estate planning attorney. In other words, do not attempt this Latin at home.