Removal of a Fiduciary, It’s Not as Easy as You May Think 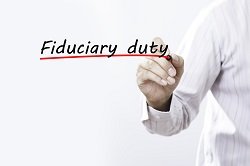 However, many situations are not as straightforward as the grounds listed in SCPA § 719. While you may be working with a fiduciary that does not act in the manner that you wish, oftentimes, the conduct does not rise to the standard that would warrant their removal.

Courts have held that the removal of a fiduciary pursuant to SCPA §719 is equivalent to a judicial nullification of the testator’s choice and can only be done when the grounds set forth in the statutes have been clearly established. The Court may remove a fiduciary without a hearing only where the misconduct is established by undisputed facts or concessions, where the fiduciary’s in-court conduct causes such facts to be within the court’s knowledge or where facts warranting amendment of letters are presented to the court during a related evidentiary proceeding.

Pursuant to SCPA § 711 a person interested may petition the court to remove the fiduciary. Some of the grounds listed in the statute include: that the fiduciary wasted or improvidently managed property; that the fiduciary willfully refused or without good cause neglected to obey any lawful direction of the court; or the fiduciary does not possess the necessary qualifications by reason of substance abuse, dishonesty, improvidence, want of understanding, or who is otherwise unfit for the execution of the office. Again, while there are many cases where fiduciaries have behaved badly, courts are generally hesitant to remove fiduciaries unless the assets of the estate/trust are put at risk.

Even though you may be unhappy with the conduct of a fiduciary, not every breach of duty will result in the removal of the fiduciary. Many breaches can be addressed in an accounting proceeding either through surcharge or denial of commissions. While a fiduciary can be removed if conduct that violates SCPA § 711 or § 719 can be proven, it is often a lengthy and expensive process that involves the exercise of discretion by a court that is hesitant to remove a fiduciary chosen by the testator.

A proceeding to remove a fiduciary should only be undertaken if it can be proven that the assets of the estate/trust are in danger under the fiduciary’s control. Mere speculation or distrust will not be enough to remove a fiduciary. If you believe that the fiduciary of an estate or trust is not managing the estate or trust properly, you should consult with an attorney experienced in estate administration matters that can review the facts and determine the best course of action.