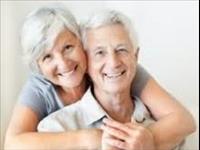 Question:  My husband is currently receiving services through the Community Medicaid program.   He is using a Pooled Income Trust to preserve his excess income.  I heard that there are changes that may affect his ability to use the Pooled Income Trust in the future, is this correct?

Answer:  Yes.  On August 5, 2014, the Department of Health issued a directive advising local Departments of Social Services (the Agency that administers the Community Medicaid program) of a new regulation regarding the income budgeting rules for married individuals enrolled in Community Medicaid through a Managed Long Term Care Plan. Prior to this change in the law,, regardless of whether they were married or single, individuals receiving Medicaid home services were permitted to retain income in the amount of $829.00 per month.  If the Medicaid recipient’s income exceeded $829.00, he or she had the option of directing the “overage” to a Pooled Income Trust which was then used to pay the applicant’s household bills and the spouse was able to keep all of his or her income.  The recent change in the law will prevent married persons who are receiving homecare services through the Community Medicaid program from using Pooled Trusts.  For example, assume there is a married couple and the husband is receiving care services in the home through the Community Medicaid program.  The husband has a monthly income of $3,000.00 and the wife has a monthly income of $1,500.00.  Under the old rules, the wife, who does not need services would maintain her entire income and her husband would keep $829.00 in income and deposit the balance ($671.00) into a Pooled Income Trust to pay household expenses. Under the new rules, the wife is entitled to keep all of her own income plus enough of her husband’s income to bring her up to $2,931.00.  Her husband is entitled to keep $383.00.  In addition, they will have a deduction for the cost of any medical insurance that they are paying out of pocket.  The husband no longer has the option of utilizing the Pooled Income Trust and the excess income of $1,187.00 will have to be paid to the Managed Long Term Care Plan as a contribution to his cost of care. For many individuals living in the community on a fixed budget, this change could result in financial hardship that forces them to choose between receiving adequate care to remain safe in their homes and affording the basic necessities, like food and shelter.  For single individuals receiving services under Community Medicaid program and utilizing a Pooled Income Trust, coverage will remain the same.  There are lobbying efforts underway to try and reverse this change in the law, but it is unclear when or if the policy will change.