Who Would Inherit From an Estate if Someone Dies Without a Will? 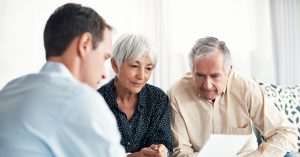 Question: Who would inherit from an estate if someone dies without a will?

In an administration proceeding, it must be determined who are the distributees of the decedent. New York State law defines a distributee as a “person entitled to take or share in the property of a decedent under the statutes governing descent and distribution.”

The following person(s) are distributees, and would inherit under the New York statutes governing descent and distribution: