Can a Trustee be Removed for Ignoring the Beneficiary? 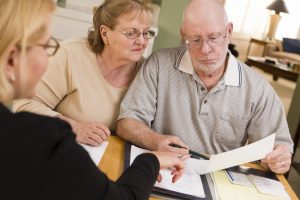 Removing a Trustee is not easy. Removal of a Trustee takes more than a disagreement or general mistrust of the fiduciary to have him or her removed. General unresponsiveness is not a ground, on its own, for removal.

New York’s Surrogate’s Court Procedure Act § 719 lists several grounds for the removal of a Trustee. Reasons include that the Trustee:

Most of the time issues with Trustees are not so straightforward. Unresponsiveness is certainly a problem for the beneficiary, but not enough on its own to warrant removal by the court. Courts are generally hesitant to remove Trustees since removal is essentially a judicial nullification of the trustmaker’s choice. Courts take the position that removal of a Trustee is a drastic remedy and not every breach of duty rises to the level necessary to warrant removal.

There are generally two procedures for the removal of a trustee. The preferred way is to follow the instructions provided in the trust for removal. For example, the trust document may provide that the beneficiaries can remove the trustee by unanimous or majority vote for any reason or for due cause. If the trust was created in a Will, called a testamentary trust, removal still must go through the Surrogates Court. If a stand-alone, living trust, there is no need to go through the courts so long as the procedure for Trustee removal laid out in the trust is followed.

If the trust document is silent on the removal of a Trustee or requires court intervention to remove a Trustee, a party must petition the Surrogate’s Court for removal. To petition the Surrogate’s Court for removal of a Trustee, you must have legal standing.  Typically, co-trustees and beneficiaries of the trust have legal standing. The court will remove a Trustee if the bad acts are proven. However, it is often an expensive and lengthy process that involves the exercise of discretion by a court generally hesitant to remove a chosen Trustee. The court is under no obligation to remove the Trustee.

In the case of ignoring the beneficiary, the court intervention could be enough to prod the Trustee to action. If an unresponsive trustee has demonstrated animosity toward the beneficiary that results in unreasonable refusal to distribute assets or has a conflict of interest, the court may remove the Trustee. The court could also refuse to remove a Trustee, but find that distributions are reasonable and order the Trustee to make distributions to the beneficiaries through a court mediated settlement. Trustees cannot simply ignore their fiduciary duty.

Removal of a Trustee should only be undertaken if it can be proven that the assets of the trust are in danger under the Trustee’s control or that the Trustee is not following the terms of the trust. Mere speculation, distrust or unresponsiveness will not be enough to remove a Trustee. If you are dealing with an unresponsive Trustee and suspect that the Trustee is mismanaging the trust or not fulfilling their duties, you should contact an attorney that specializes in trust and estate litigation to review your options.