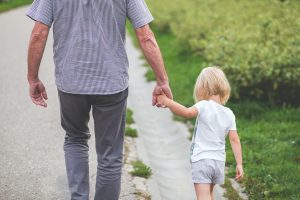 The Setting Every Community Up for Retirement Enhancement (“SECURE”) Act became effective on January 1, 2020. While the Act was aimed at improving retirement savings, there is a negative change which effects those who inherit retirement accounts from the original participant. Prior to SECURE, designated beneficiaries of retirement accounts could take required minimum distributions from the account over their life expectancy. This allowed for another lifetime of deferred income tax payments and increased growth.

After SECURE, with few exceptions, beneficiaries will now have to liquidate an inherited retirement account within ten (10) years. For those with large IRAs and not many beneficiaries, this equates to a big tax bite! Accordingly, some are looking for ways to structure the distribution of their retirement account after death in a more tax efficient way. Additionally, some people have serious concerns that a particular beneficiary may not have the self-control (due to spending habits or addictions) to make the inheritance last their lifetime.

What Is a Charitable Remainder Trust (CRT)?

A charitable remainder trust (CRT) is an irrevocable trust that distributes a certain percentage of the trust property to the trust’s lifetime beneficiaries either for their life or for a term of up to 20 years. CRTs are most often structured as Charitable Remainder Unitrusts (CRUTs) where the trust document sets forth a certain percentage that will be distributed to the beneficiary for the term of the trust.

What Is a Charitable Remainder Unitrust (CRUT)?

The CRUT must provide that the charity receives ten percent (10%) of the present value of the bequest at the death of the participant. So for the individual beneficiary with a shorter life expectancy, the CRUT can pay out an income stream over the course of their lifetime, much like the old stretch IRA. If the beneficiary is younger, the trust would need to be for a term of years in order to comply with the 10% rule (up to a maximum of 20).  At the end of the term, the lifetime beneficiaries’ interest terminates, and the balance of the trust property is paid to charity of the Grantor’s choosing.

Why Are Charitable Remainder Trusts Popular After SECURE?

Because these types of trusts are income tax exempt. Accordingly, if you name your Charitable Remainder Trust as the beneficiary of your IRA, at your death, your estate receives a charitable deduction for the portion that is attributable to the charity. Only when your beneficiary receives a distribution from the trust, will the income portion of the distribution be subject to income tax.

An example of how the CRUT would work is as follows: The CRUT is named as the beneficiary of an IRA with $2 million as of the death of the participant. The CRUT cashes out the IRA income-tax-free, then pays a 5% income interest to the decedent’s chosen beneficiary, in this case $100,000 per year. Over time, the distribution may fluctuate as the investments increase or decrease in value. However, the income stream lasts for their life, and not just 10 years like it would if you named that beneficiary directly on the IRA. Essentially, this reinstates the lifetime income stream that used to be available for beneficiaries of retirement accounts. At the death of the beneficiary, the remaining trust assets would be distributed to the charity.

Some negatives with naming a CRT as the beneficiary are that the beneficiary is limited to an income stream. If they were named as a beneficiary on the IRA directly, they could remove as much as they would like, although every penny is taxable as ordinary income. The calculation on whether or not the CRT provides more in the hands of the beneficiary is going to depend on may things, such as how long they live and how much the assets grow. The longer the term of the trust and the larger the trust assets, the more income the beneficiary receives. Thought of another way though, even if they receive roughly the same, there is a huge charitable gift at the end of their life as well which not only results in a charitable deduction, but fulfillment of goodwill.