Power of Attorney for Married Couples 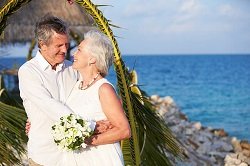 Married couples often share everything. They can have joint assets including real estate, checking and savings accounts, and brokerage accounts. However, there are assets that cannot be held in joint names. While a retirement account or life insurance policy can name the spouse as beneficiary, the owner is usually just one person. Therefore, if the non-owner spouse needs to contact the institution that holds the policy or account on behalf of their spouse, they will run into a roadblock if they do not have any legal authorization to do so. The mere fact that you are a spouse does not give you access to this information.

It is for these types of assets that one spouse will need a power of attorney for another. This document states exactly what powers one person, the “principal,” is allowing another, the “agent,” to have over their affairs. If the power is not specifically included in the document, the agent cannot act on it. If the spouse is named as agent, it is often advisable to name a second and/or third person to act as successor agent if your spouse is unable to act.

Beyond accessing certain assets, the power of attorney document can allow the agent to step into the shoes of the principal and act on his behalf in other instances. If the powers are properly granted, the agent can create and fund a trust for the principal, sign contracts, access safe deposit boxes, give charitable gifts, engage in Medicaid planning, and so on.

While signing a power of attorney in the presence of a lawyer is not a requirement, it is a good idea. The power of attorney document gives the option of attaching a contemporaneously signed statutory gifts rider. The document itself says that the preparation of the rider should be supervised by an attorney. In the rider, the principal is giving the agent authority to transfer assets out of the principal’s name. Any such transfers must be in the best interest of the principal.

The power of attorney is a complicated document that can have an extreme impact on your life as it is giving another person the ability to access your accounts and confidential information. This is an important document to have in the tool box as one ages but only if you understand and feel comfortable with the powers being granted. For this reason, it is advisable to seek the counsel of an experienced elder law or estate planning attorney to explore the different scenarios in which your spouse may need to have power of attorney over your affairs.