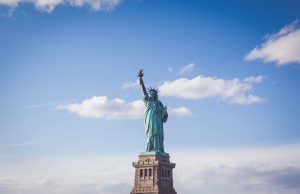 Important changes to the Community Medicaid program in New York State were enacted in 2020. Not all of the changes have been immediate and the fate of others remains uncertain. For the time being, the program is being administered in a similar way to how it has been done in the past – but change is on the horizon.

Most eligible New Yorkers will be enrolled in a Managed Long Term Care plan to provide services they are entitled to through Medicaid. This often includes home health aides, transportation to medical appointments, and a whole host of other services. It is this program that was the subject of several law changes in April 2020. However, the changes in the law have not yet been implemented.

The change that often takes top billing is the imposition of a 2.5 year look-back period on the transfer of assets for community based long term care services. This means that an applicant would have to provide financial documentation to show that they did not give away assets (gift) in the 30 months prior to applying for Medicaid. Any gifts that were made during this time would bring about a penalty period, which is a length of time during which Medicaid will not pay for care.

Despite being signed into law more than one year ago, this change has not yet taken effect and will not take effect until at least January 2022. The State must complete a process of applying to CMS (Centers for Medicaid and Medicare Services) and receiving approval for the plan to make this change. This application has been made and comments are being received. It is the position of many attorneys that the law, as written, violates federal law and should not be implemented. We await final word from CMS on the matter.

The other change in law is the way in which care will be assessed. This change is likely to come into effect sooner as the Federal government has approved the State Plan Amendment. The next step in this process is for the New York State Department of Health to finalize the regulations. What we do know is that the new law creates a revised threshold question for who will be eligible to receive long term care in the home. For those with a diagnosis of Alzheimer’s Disease or dementia, a showing will have to be made that there is a need for “supervisory” assistance with at least 2 activities of daily living. All other individuals will have to show a need for “physical” assistance with at least three activities of daily living; currently only two activities are needed. The assessments will also involve an independent physician, not the patient’s treating physician, and an independent review panel for cases that require more than 12 hours of care.

In addition to changes in the law, the Medicaid program has continued under emergency orders, due to COVID, that have relaxed application requirements for services. Note, the eligible requirements have not been changed, only the rules for submission of documentation. For example, you still need to have less than $15,900 in assets to qualify, but you can attest to the fact that this is the case rather than submit bank statements to prove it. Despite this, it is still recommended that you provide as complete of an application with supporting documentation as you can to avoid issues with eligibility or coverage in the future. Besides the temporary change in applications, there has also been a suspension of recertifications for Medicaid services due to COVID. Depending on the County that you receive your services through, you will either receive a notice stating that you are automatically renewed for services, or you will first receive a notice that you must recertify followed up by notice stating that this has been done for you.

Community Medicaid is going through changes, some temporary and some permanent. Anyone that is interested now or may in the future be interested in taking advantage of the services provided through the program should consult with an elder law attorney to understand the implications these changes may have on their own situation.