What makes a will valid in New York? 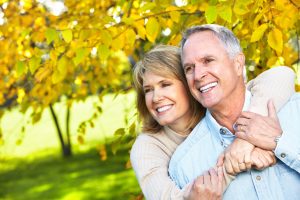 A Last Will and Testament allows you to direct where your assets go at your death and who will be legally in charge of the estate. New York law sets forth specific requirements for a legally valid will. Failure to follow such requirements will result in the Surrogate’s Court rejecting the Will as invalid.  In such a scenario, it is as if you never made a will. Your estate would be distributed in strict accordance with New York’s intestacy statute. This means if you are married with children of any age, your spouse gets the first $50,000 of your assets and shares the rest 50/50 with your children. This is usually not the desired outcome – especially when you have minors or children from a previous relationship.

In New York, pursuant to Section 3-1.1 of the Estates, Powers and Trusts Law, anyone at least 18 years of age and of “sound mind and memory” can create a Will. Unlike some other states, New York requires a Will be in writing. A Will must be signed by the testator (drafter) and witnessed by two individuals who are at least 18 years of age.  The witnesses cannot be a beneficiary under the will. The wrong witness will irretrievably invalidate the will. Depending on how the Will is written, blood relatives rarely qualify as legally sound witnesses.

There are very limited exceptions to the requirements above. A nuncupative Will is one that is not written down, but in effect recorded or spoken aloud with at least two witnesses present. A holographic Will is one which is completely handwritten and without witnesses. Given that the purpose of a written and witnessed will is to make sure the Last Will and Testament is actually created by the testator, holographic and nuncupative wills are not favored and only valid under extreme circumstances.  The first is when written by a member of the armed forces (or someone accompanying them – maybe a reporter?) during an armed conflict. A holographic Will becomes invalid one year after the testator is discharged from the armed forces –it is an instrument of last resort. The second is when made by a mariner while at sea. The mariner’s Will expires three years from the time such Will was made.

Under all circumstances, a testator must have had testamentary capacity at the time the Will is made. This does not mean that individuals suffering from mental or memory defects cannot make wills. Having testamentary capacity means the person knows the extent of their property and recognizes who would be the “natural objects” of their bounty. An attorney gauges a testator’s capacity by asking pertinent questions designed to test capacity. If there is any chance of a challenge, a good attorney takes detailed notes to substantiate their opinion of capacity.

Although you do not need an attorney to draft a Last Will and Testament, it is a good idea to at least consult an experienced trust and estates attorney. Besides running afoul of the formal requirements for a valid Will under New York law, there are other pitfalls with the DIY route. A Will drafted by an attorney is given an assumption of validity by the court. Moreover, an attorney drafted Will includes a self-subscribing affidavit, which is signed by both witnesses in the presence of a notary. This affidavit negates the need for the executor to track down the witnesses years or decades later.

Another mistake we often see with homemade wills is that the testator didn’t take into consideration non-probate assets. Non-probate assets are those that do not pass through Surrogate’s Court but pass directly to a named beneficiary. Such assets include joint bank accounts and real estate held with rights of survivorship. The most common such assets are retirement accounts and life insurance policies. For instance, a father drafts a Will dividing his assets between their three children equally – believing he is being fair to all. However, he neglected to consider that he had named one child as beneficiary on his life insurance policy. Since the life insurance policy was his only asset, the other children received nothing.

Accordingly, the planning, drafting, and executing your Last Will and Testament should be handled with an experienced estate planning attorney. But if you find yourself on the open seas – by all means make a handwritten will!  Just make sure to make a valid Will when you get back to shore.