If you have been named as a trustee of someone’s trust, you may be wondering what you are supposed to do. It is important that the trustee understand their duties and responsibilities.  The most important thing to remember as trustee is that the trust assets are not your assets. You are safeguarding them for the […] 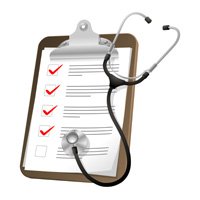 What is a MOLST Form?

In addition to traditional healthcare advance directives, such as a Healthcare Proxy and Living Will, the MOLST form is another directive one can execute to ensure their end-of-life wishes are followed. MOLST stands for “Medical Orders for Life-Sustaining Treatment.” It was originally tested in Onondaga and Monroe Counties in May 2006.  In July 2008, after […]

Inherited IRAs Are Not Protected from Bankruptcy

In June 2014, the United States Supreme Court unanimously found that IRAs that are inherited, are not protected from creditors in a bankruptcy proceeding because they are not considered “retirement funds” as interpreted by the Bankruptcy Code. In the case, CLARK V. RAMEKER, an individual inherited an IRA from her mother and later filed for […]

Question: My mother owns her home and is considering putting it into an irrevocable trust. She is concerned that if in the future she wanted to take a Reverse Mortgage on the property, she would not be able because the house is owned by a trust, is that correct? Answer:  The mere fact that a […] 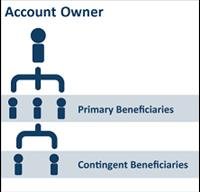 Question:  I have recently rolled over my employer sponsored 401(k) plan into an existing IRA. I am not sure if I need to update the beneficiary designation forms on file; can you give me some advice? Answer: Some of the most costly estate planning mistakes I see involve retirement accounts. The mistakes are usually made […]

Failure to Maximize an IRA

Question: My mother applied for Chronic Care Medicaid to cover her stay in a nursing home facility. At the time of her application she had an individual retirement account (IRA) in the amount of $11,000.00 and $2,000.00 in her bank account. I was informed that the resource allowance for Medicaid is $15,900.00 (2021). However, my […] 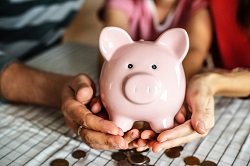 Trusts for Mommy and Me

Question:  My mother has a trust that protects her house in case she needs long term care in a nursing home.  Is this legal?  Also, when she dies the trust is paid to another trust for me.  Do I need this?  I am only 53 and my mother is 75.  Answer: I assume what you […]

Agent Responsibilities under a Power of Attorney

Protecting Assets in the Context of a Guardianship Proceeding

While the best elder law and estate plan is to have a valid health care proxy naming agents and a valid durable power of attorney naming an agent to make financial decisions, not everyone has done the proper planning.  It is not uncommon for an elderly person to fall ill, be hospitalized and then need […]